30 students, 4 university towns, 4 days Boot Camp. The Ideen Garten 2016 took place at the Werkstätte Wattens from 27. – 30. September 2016. On board were students from across the country with backgrounds from “Architecture” to “Plastics Technology”. The aim of the camp: Building a startup from scratch. Ideation, Brand Development and the perfect pitch included. Organized by the partner universities of knowledge transfer centers Austria. 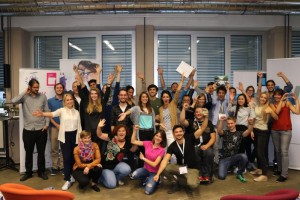 The participants and the organizing team

The organizers of the camp are people from the entrepreneurship departments of the University of Innsbruck, JKU Linz, University of Graz and Vienna University. They have collaborated closely in order to organize the boot camp for the second time: In several months of preparation, the concept has been launched, the program has been designed and an awesome group of students has been selected. The application to the camp was open to all students involved in the transfer of knowledge centers Austria partner universities. We invited those students who had nearly no experience in entrepreneurship but were able to stand out because of their motivation. 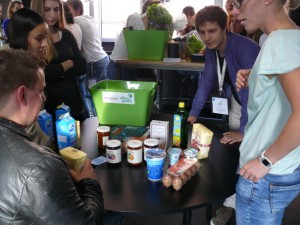 On the four hill behind the Werkstätte. Once at the top, the teams have been formed and created first ideas during descent. The following days were stuffed with workshops on the areas of Recognition Opportunity, Idea Generation, Business Modeling, Prototyping, Finance, Marketing and Pitch Training. To ensure progress within every team, mentoring sessions were held every day. To break up the intensive program the participants were able to cook at the Werkstätte Wattens together with mentors and exchanged ideas.

The highlight of the camp was the final pitch on Friday. Within five minutes, the teams had to present their newly developed business ideas to a jury of experts and perform at a critical Q & A sessions. The main goal was to defend the concepts and to perform in front of the crowd. The jury and the audience were in charge to evaluate the innovativeness of the idea, the business model, the feasibility and the pitch. The winning team of this “Startup Challenge” was the team Equala. Equala is a platform that allows small investors to invest their money in small, mostly private, sustainable projects instead of taking the capital to the bank.

The other ideas that have been created during the camp are: 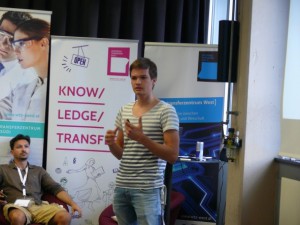 One of the „Final Pitches“

From the perspective of the organization team was the Ideen Garten 2016 a great success. The current feedback from the students and the lecturers and especially the Spirit during the camp motivated us and proofs that the organizational effort was worth the outcome. For us as hosts, it is now a challenge to redefine and to adjust all the factors of the concept to make the Ideen Garten next year even better and bigger.