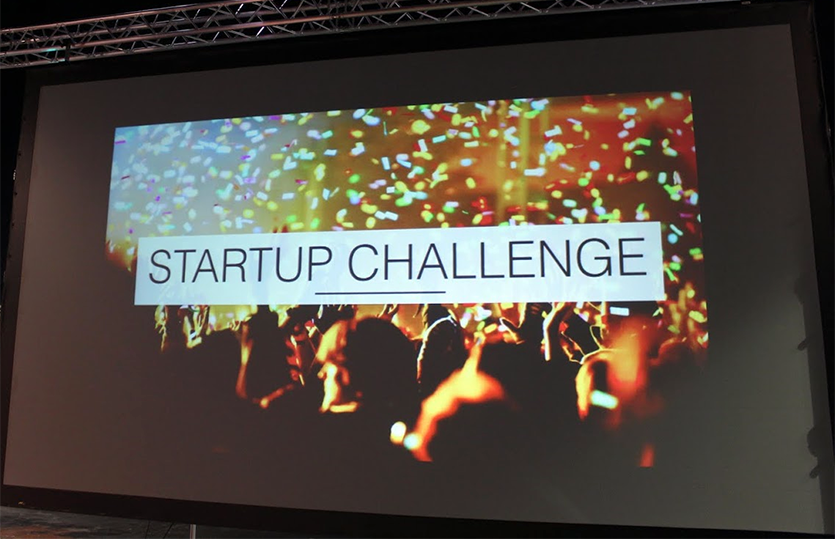 30 students, 4 university towns, 5 days of boot camp. From 23 to 27 September, 2015, the Ideengarten 2015 transformed the Tobacco Factory into Austria’s biggest playground for “Studipreneurs”. Students from all over Austria with different backgrounds ranging from “Geology” to “Experimental Design” participated in the event. The aim of the camp: building a start-up from scratch – ideation, brand development and the perfect pitch included. It was organized by the partner universities of Austria’s knowledge transfer centers. The participants with the organization team

The hosts and organizers of the camp, the entrepreneurship centers at JKU, University of Graz, University of Innsbruck and Vienna University, have collaborated closely to make the boot camp happen: In three months of preparation, the concept was developed, the program designed and the right group of students selected. All students studying at one of the WTZ partner universities were able to apply for the camp. The students that were selected stood out in terms of motivation and had hardly any experience in the field of entrepreneurship.

During the five camp days, the participants lived through the core elements of a start-up’s initial phase via an intense express method: After speed dating and team building – which included the construction of a conference table – workshops about opportunity recognition, idea generation, business modeling, finance, marketing and pitch training were offered. To ensure progress, daily milestones had to be met by midnight on several days. Start-up founders (Kiweno, Ever Sport, Team Echo) and sports (Bring Sally Up) provided additional inspiration. The final pitch on Sunday was both, conclusion and highlight of the workshop. Within four minutes, the teams had to present their newly developed business ideas to a jury of experts and to defend their concepts in critical Q & A sessions. Jury and audience rated the innovative impact of the idea, the business model, the feasibility and the pitch itself. The winning team of this “start-up challenge” was PreO: PreO provides a platform that allows consumers to pre-order food in the shop and buy it at a reduced price. The idea addresses the problem that too much food is wasted through miscalculation. Through pre-ordering, retailers are able to plan accordingly, to predict revenues and, therefore, can pass on discounts directly to their clients.

The other ideas that were created in the course of the workshop: From the perspective of the organization team, the Garden of Ideas 2015 was a huge success. Since the idea for the camp was developed in February and the ultimate decision to realize it was made in May, the event was quite an experiment with several factors of uncertainty, such as the motivation of the participants, the quality of the ideas, the input from the lecturers, etc. All the more impressive was the commitment and enthusiasm that the teams showed during the five days – including working hours until 4.00 am.

The feedback from both, the students as well as lecturers, and especially the spirit during the workshop have proven to us that the organizational work was worth the effort. As concerns us, the hosts, we are now in the follow-up phase, simultaneously trying to improve the concept to make the Garden of Ideas even better and bigger next year. First, however, we might treat ourselves to a few days of rest to catch up on the lost sleep – about 5 hours per night.

Share on FacebookShare on TwitterShare on LinkedinShare on PinterestShare on Xing